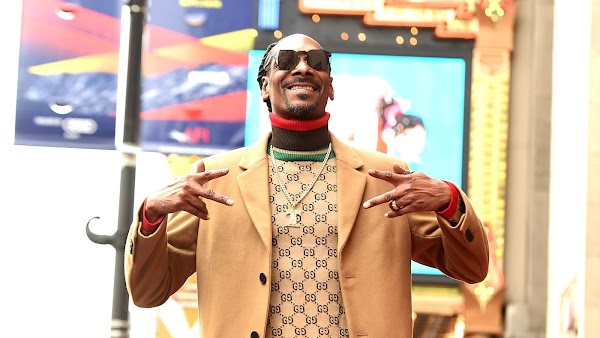 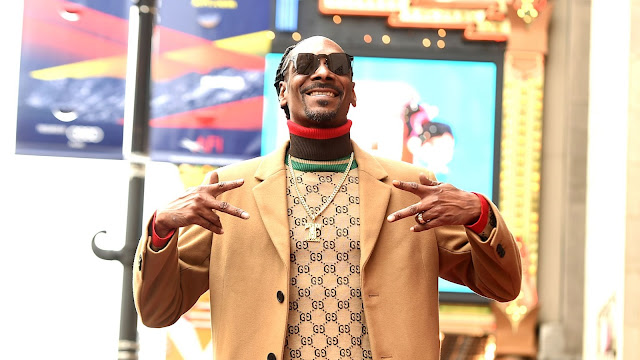 Snoop Dogg, born Calvin Cordozar Broadus Jr., is an American rap star and actor who became an icon in 1990s. He gained global popularity through hit singles in the album Tha Doggfather, Reincarnated, and Doggystyle. Even though he is famous for rapping, he also played some roles in numerous dramas and movies.
The hip-hop artist was born on October 20, 1971 in Long Beach, California, grew up playing piano and singing in the local church. He got the nickname “Snoop” as his mother thought he looked like Peanuts’ “Snoopy” character. As his musical skills developed, he started rapping in sixth grade. Snoop was jailed several times for drug possession, not long after graduating high school. Music was become his remedy and an escape from his troubles. Snoop, his friend, and his cousin together recorded a demo under the name “213”. The effort was noticed by Dr. Dre and he asked Snoop to collaborate in his music. Snoop then did the rap with Dre for the movie theme song of Deep Cover in 1992 and featured in Dre’s successful solo album The Chronic (1992) as the key rapper. Snoop made a breakthrough with his debut album Doggystyle (1993) which successfully peaked at the number 1 on Billboard Top 200 and hip-hop charts. Soon, he became a new rap-icon with the hits “Gin and Juice” and “Who Am I (What’s My Name)?”. While he came to fame with awesome debut, there was a controversy over his violent and sexist lyrics. He was on English tour in 1994 when the government received a demand to kick him because of his arrest in the past.
Snoop worked steadily as a competent rapper with the next album Tha Doggfather (1996), No Limit Top Dogg (1999), and The Last Meal (2000), all topped the album charts and earned high sales. In 2004, the success followed with the single “Drop It Like It’s Hot” and followed by several collaborations with talented musicians, such as Pharrell Williams, Nate Dogg and Warren G.
In addition to rapping, he explored himself by acting in some movies and television shows, including Training Day, Starsky & Hutch, and Snoop Dogg’s Father Hood (2007). He also appeared in a sketch show Doggy Fizzle Televizzle and lent his voice in animated movie The Addams Family (2019). In 2012, as he prepared an all-reggae album, Snoop announced that he changed the stage name “Dogg” to become “Snoop Lion”. Besides working in music industry, he invested in the cannabis business. He also premiered a line of cannabis product, Leafs By Snoop and a digital-media venture which updates the marijuana news called Merry Jane in 2015.